On October 4, 2019, FMIC, the Japanese member of the IMIG Group, held a Global Future Lab in Tokyo on "Innovations in German and Japanese Companies." Current topics such as "Industry 4.0 in Germany", "Leadership Styles of the 5th Generation "and the" productivity of Japanese companies "are presented and actively discussed and developed in workshops. Among the 30 participants were mainly managers and managers.

The 1st management style of a Japanese company is policy management from 1965: Resonance management is the management style that deals with the New Industrial Revolution. Here, the relatedness between the society and corporation, reform of a value chain, collaboration at the future and present and open team making are important.

Dr. Matthias Hartmann talked about the actual situation in Germany, the concept, and characteristics of Industry 4.0 in a German company. Industry 4.0 is a digital innovation concept that is currently being pushed ahead in Germany.

In this lecture, we were able to confirm that the actualization and practice in the company are progressing more than expected. Dr. Hartmann confirmed the system and purpose of Industry 4.0. It was introduced that Industry 4.0 is not just a connected or automated factory. But ultimately, a digital enterprise that creates new value and realizes productivity, speed and environmental sustainability alike.

Specific examples of German companies that are realizing this concept were presented:

SIEMENS
Siemens is working on virtual and real digitalization. They practice digitization in fields such as design, production preparation, factory, and quality control. Automation and quality improvement have been realized in the factory in Amberg, Germany.

BASF
BASF is the world's largest chemical company by sales. They work on Industry 4.0 as a "Creating customer value". To that end, innovation is being promoted in each of the business models, innovation, supply chain, and manufacturing areas.

EVONIK
Evonik is a German mid-sized chemical company and specializes in specialty chemicals and high-performance materials. They are working on digitization in cooperation with many partner companies and universities. This improves the speed of change.

The characteristics of a German company's digital innovation are 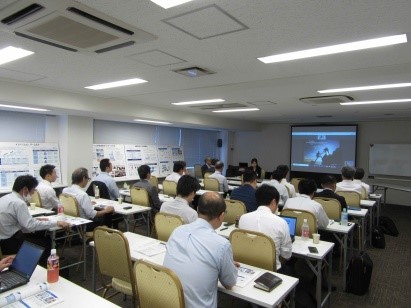 Mr. Arita is an economist investigating the productivity of 3000 Japanese companies. In Japan, the keyword productivity has been gaining interest since 2016. The reason for this is that while AI and robots are expected to improve productivity, there is anxiety about a decline in productivity due to a shortage of labor and an aging population.
Comparing the distribution of productivity by the company between 2010 and 2017 shows that the difference is widening and bipolarisation is progressing. Efforts to improve productivity from the aspects of investment strategy, IT strategy, innovation, organization, education, etc. will be activated.

In the afternoon, it held two Workshop-sessions:

Participants and experts of FMIC formed teams and led each first a discussion round. The workshops afterwards actively involved all participants. This time FMIC challenged the continuous innovation of all companies involved. 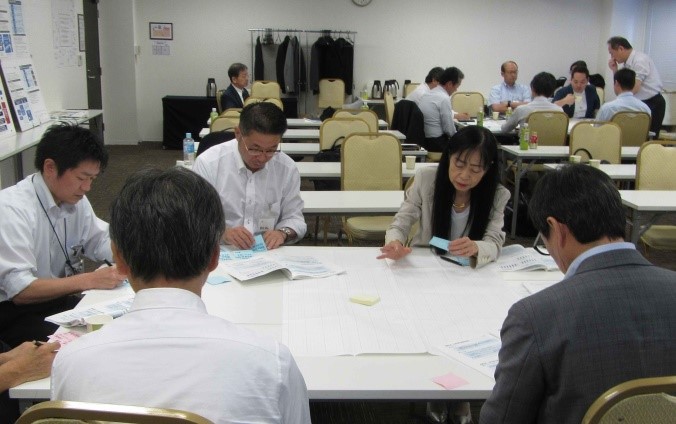 Copyright © 2022 IMIG AG. All Rights Reserved.
PrivacyImprint
This website uses cookies to ensure you get the best experience. Learn more about it.
Accept
I disagree
Search